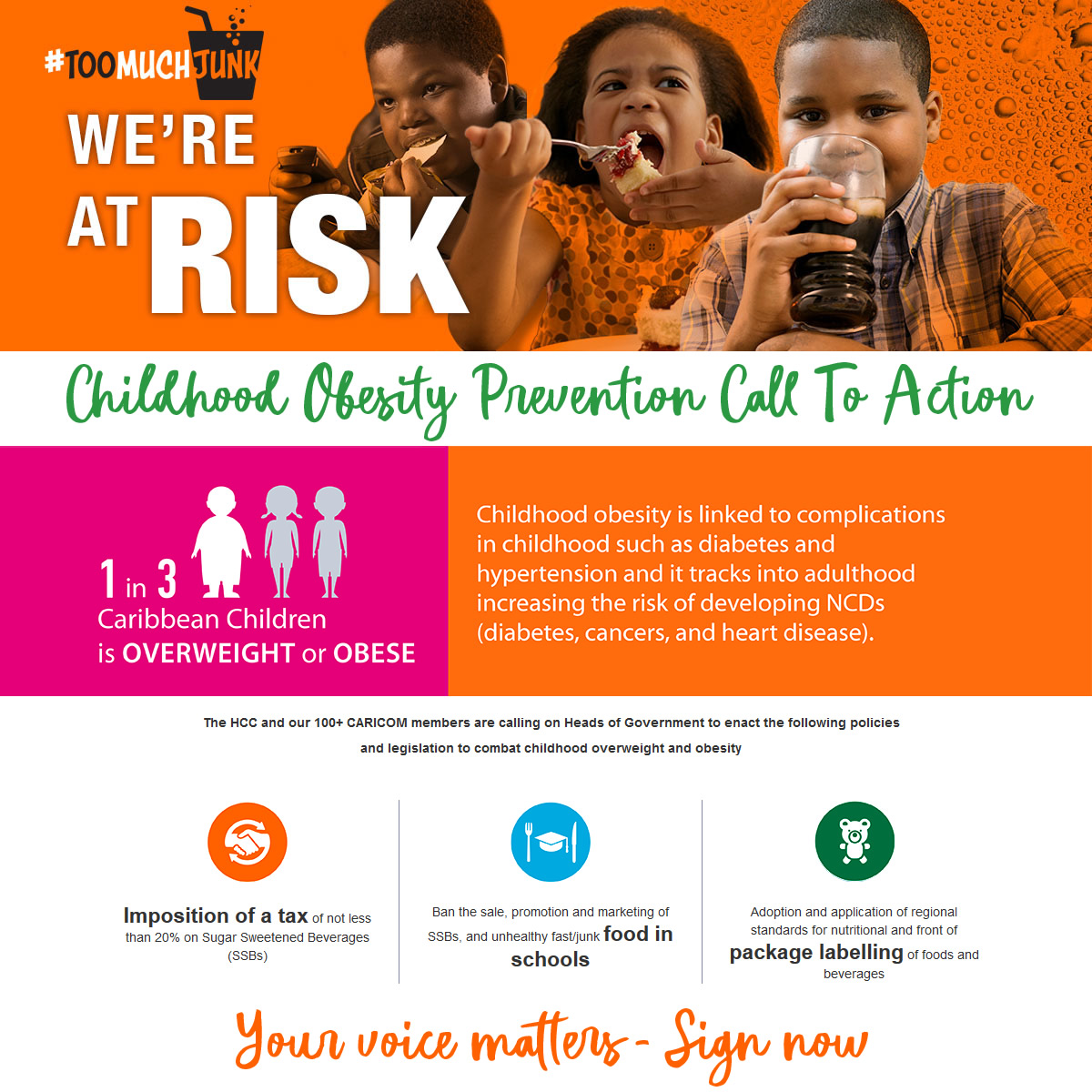 Ideally, you should be able to accumulate 150 minutes of moderate endurance activity a week. This would include walking, swimming, cycling, and a little bit of time every day to improve strength, flexibility, and balance. The 150 minutes is the prescribed amount of moderateintensity exercise that the Centers for Disease Control and Prevention (CDC) suggest for generally fit Americans aged 65 and older. Even though this sounds like a lot, the good news is that you can break it down into 10- or 15-minute chunks of exercise two or more times a day. Here is an example of what a week might look like, along with suggestions for some exercises you can do to get started:

View the PDF with full details »
The article can also be be found here:  http://www.healthline.com/ health/everyday-fitness/ senior-workouts#creating-your- plan1
Published in Health
Read more...

The Barbados Association of Retired Persons Inc. (BARP) would like to thank the Global Environment Facility Small Grants Programme (GEF SGP), implemented by United Nations Development Programme (UNDP) for the grant provided for the implementation of the Better Life Gardening Project as well as for the guidance and support provided by the National Coordinator and Programme Assistant during the period in review.

A sincere thank you is also extended to the Ministry of Agriculture, Food, Fisheries and Water Resource Management for their partnership through a portion of land at Bullens Agricultural Station, Holders Hill, St James and also the technical assistance provided by their staff. A special thank you is offered to the Permanent Secretary, Mr Esworth Reid and the present and former Officers in Charge at Bullens Agricultural Station, Mr Anthony Phillips and Mr Bernard Thompson respectively.

We also thank the Board of Directors, Management and Staff of BARP as well as the members of the Project Team, especially the trainers for their contribution to the project.

PURPOSE
The BARP Better Life Gardening Project was conceptualised in an effort to encourage the sustainability of local backyard gardening and to increase public education and awareness in relation to the link between healthy eating, good nutrition and the reduction of non-communicable diseases (NCDs). Given the burgeoning membership of BARP, the project creates a prime opportunity to encourage gardening activity to be done in a sustainable manner specifically targeting BARP members.

The overall goal of the project:
To improve the productivity and sustainability of local food gardening and to increase public education and awareness in relation to healthy eating.

The objectives:
1. To train groups of BARP members (2 groups/15 per course) directly on sustainable gardening practices, over a period of one year;
2. To share all training materials with all BARP members (40,000 plus) and families, through online streaming/display and use of other media;
3. To sensitise all BARP members to the need for mitigation, adaption/resilience to climate change and its linkages between wholesome food and good health and;
4. To sensitise government to the needs of civil society in relation to sustainable gardening practices.

The workshops comprised of lectures and practical demonstrations over a four-week period from Tuesday October 18 to Thursday November 10, 2016. At the end of the training period, a field trip to St Andrew was held on Tuesday November 15, 2016.

The Barbados Association of Retired Persons is one of the largest organizations of its kind in Barbados, dedicated to improving
the quality of life of seniors, aged 50 plus. BARP offers a medical and health insurance plan (Golden Health Insurance Plan) to its members and based on the high claims ratio we have recognized that non-communicable diseases significantly affect a large percentage of our Members.

It is estimated that the prevalence of NCDs among BARP Members maybe in excess of 50%. It is well known that Barbados is a rapidly ageing society and this is borne by the rapid increase in new membership. Over the last year, more than 4,000 members have joined the Association. The high prevalence of NCDs among our membership, which currently stands at 40,000 is of grave concern and BARP has decided to intervene.

With NCDs accounting for 80 percent of total deaths in Barbados, the Barbados Strategic Plan for the Prevention and Control of Non-communicable
Diseases, 2013-2017, has identified health promotion and risk factor reduction, as strategies which should be utilized in helping to combat the prevalence of NCDs. All sectors of this national vision
are being encouraged to assist in the realization of this goal.

Minister of Health John Boyce recently appealed for more to be done to stop the “devasting” impact that NCDs are having on Barbados.

“A lot more needs to be done concerning non – communicable diseases, given the devastating effect we have been witnessing over the years,” he said, while addressing a medical conference at the Hilton last month.

BARP agrees and strongly believes that a two pronged approach that is based on education and awareness, as well as salt reduction in the diet, will have a significant impact in the management and reduction of non-communicable diseases.

It is with that in mind that BARP decided to emphasize Health and Wellness throughout 2014, and has formulated an overall plan entitled, “BARP on the Move”, which was launched during Agrofest 2014, held from February 28 March 2 in Queen’s Park.

To ensure sustainability, we will continue our educational and practical series, until the end of the year, to encourage and motivate members to lead active lives and make healthy food choices.

Our main partner on this project is National NCD Commission.

Our first phase focused on getting our members to eat less salt it was called; Just a pinch and included demonstration by chefs at the BARP
booth at Agrofest showing visitors to the booth, how they could cook tasty dishes with less or no salt.

BARP volunteers also visited A One supermarkets – Emerald City and Carlton Black Rock in March educating shoppers on the importance of reading labels before purchasing items to make sure they were low in sodium.

The second phase is encouraging BARP members to start and maintain backyard gardens and the benefits of eating fresh herbs and vegetables and the third phase will encourage members to move more by exercising, dancing or walking more.

In this effort to reduce the number of claims made by our members who have chronic non-communicable diseases, we will be partnering with leading health insurance providers to continue the promotion of the messages into the future, through seminars, workshops, marketing material, paid advertisements and health fairs. 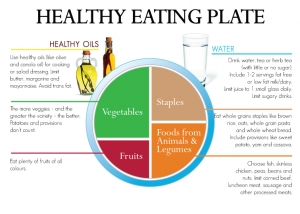 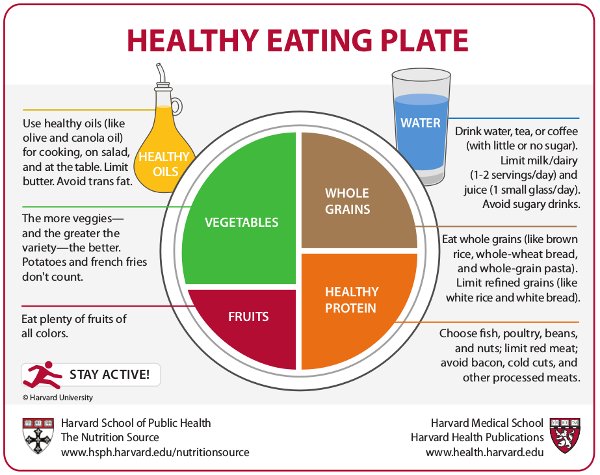 The new Healthy Eating Plate was created by Harvard Health Publications and nutrition experts at the Harvard School of Public Health as a guide to the healthiest choices in the major food groups. According to Harvard it offers more specific and more accurate recommendations for following a healthy diet than MyPlate, developed by the U.S. Department of Agriculture and the Department of Health and Human Service. Harvard further states that the Healthy Eating Plate is based on the most up-to-date nutrition research, and it is not influenced by the food industry or agriculture policy.

But both the Healthy Eating Plate and MyPlate are based on U.S. food groups and North American food preferences. Can the Healthy Eating Plate be adapted for use in the Caribbean? Should Barbadians (Bajans?) try to follow these guidelines? The answer to both of these questions is a resounding yes!
The Caribbean food groups has been developed by the Caribbean Food and Nutrition Institute (CFNI) and is based on foods generally available in the region and also what people in the Caribbean like to eat. There are six food groups:
Staples (starches)
Legumes (peas and beans)
Foods from Animals
Vegetables
Fruits
Fats & Oils

The National Nutrition Centre (Ministry of Health) has recently published Food Based Dietary Guidelines for Barbados. These guidelines aim to encourage healthy eating habits and promote active lifestyles to prevent chronic nutrition related diseases. The specific recommendations in the Barbados dietary guidelines incorporate the Caribbean food groups and are based on the same “up-to-date nutrition research” as the Harvard plate model.
So, to create a Healthy Eating Plate – Bajan style all we have to do is select the more nutritious foods available to us and prepare them with less fat, salt and sugar. You can modify all of your favourite recipes to make them healthier and we are fortunate to have a wide selection of herbs and spices readily available so dishes should still have that authentic Caribbean flavour that we love. Healthy eating does not have to be bland, boring and tasteless.
Barbadian Registered Dietitians, Julian Rowe and Karen Griffith, have recently published two books, Lower your blood pressure in 14 days and Every day diabetes guide: Carbs, calories and... cake? Both books feature recipes for Bajan favourite recipes that have been adapted to make them healthier but without losing taste so that the whole family can enjoy them.
Here we show you how these recipes can be used to make your own Healthy Eating Plate – Bajan style!