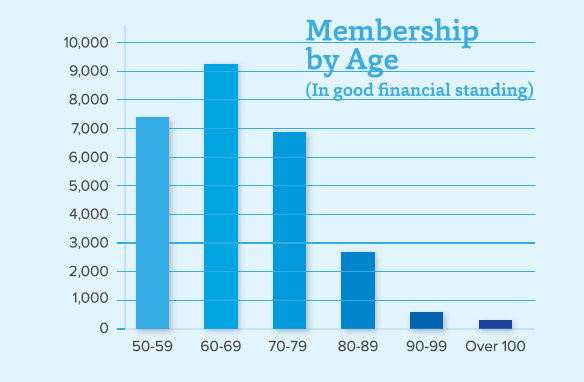 NOTICE is hereby given that the Twenty-second Annual General Meeting of Members of BARBADOS ASSOCIATION OF RETIRED PERSONS INC (“the Company”) will be held at Lloyd Erskine Sandiford Centre, Two Mile Hill, St Michael, on Saturday, July 15, 2017 at 2:00 pm. 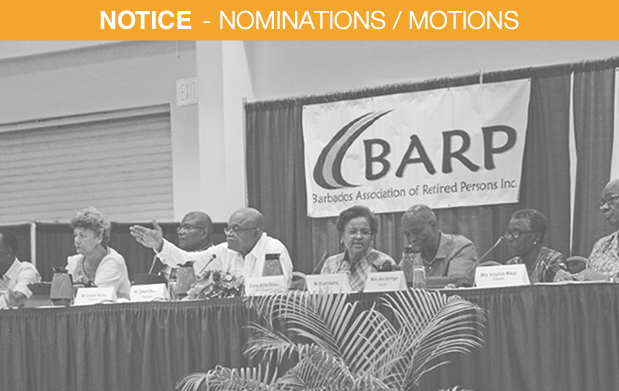 The President, Treasurer and two Directors of Barbados Association of Retired Persons Inc. (BARP) will retire at the Annual General Meeting to be held later this year and are eligible for reelection.

Nominations are invited for the posts of President, Treasurer and two Directors. A Candidate must be proposed and seconded by a Member. Each Candidate, Proposer and Seconder must be a Member in good financial standing at the date of the Candidate’s nomination.

The written nomination, together with the Candidate’s written consent to the nomination and short biographical profile, must be submitted to the Secretary at BARP’s Office, Collymore Rock, St. Michael, no later than 4:00 p.m. on May 31, 2017.

Any Member who wishes to have a motion included on the Agenda of the Meeting must submit the motion in writing, duly seconded by another Member, to the Secretary at BARP’s Office, Collymore Rock, St. Michael, no later than 4:00 p.m. on April 27, 2017.

By Order of the Board of Directors.