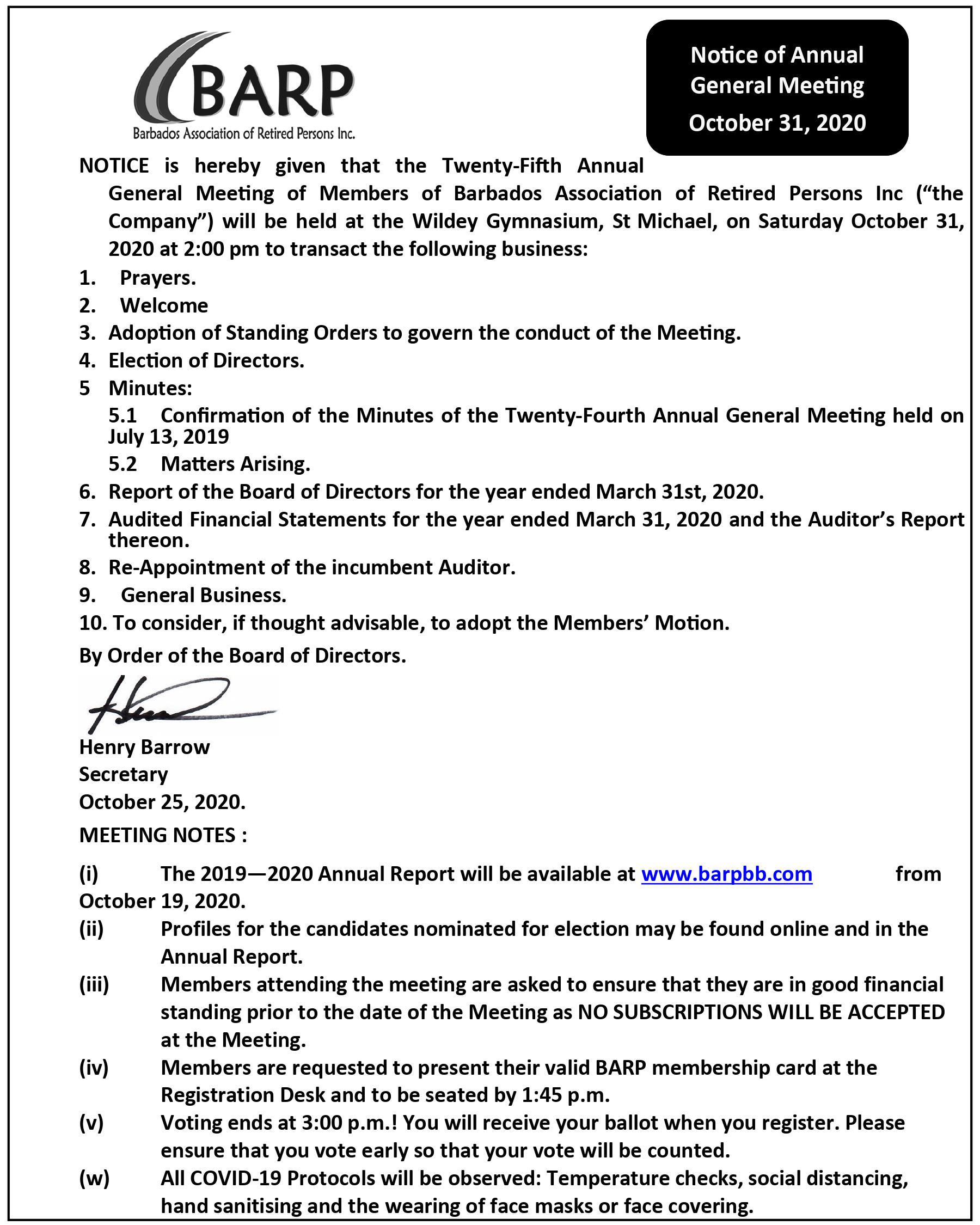 Candidates for Election to the Board

CANDIDATES FOR ELECTION TO THE BOARD OF DIRECTORS 2019-2020

The Vice-President, Secretary and three Directors will retire at the end of the Annual General meeting. The following Candidates have been nominated for election in accordance with By-laws 10.2 and 10.3:

NOMINEE FOR THE OFFICE OF VICE-PRESIDENT

NOMINEE FOR THE OFFICE OF SECRETARY

HENRY BARROW has been BARP Secretary since 2018.

Past Vice President of the Barbados Hockey Federation; he represented Barbados in hockey and is a sports enthusiast in cricket, football and hockey.

Past Secretary and Treasurer of the Combermere School Old Scholars Association.

NOMINEES FOR THE OFFICE OF DIRECTOR:

He has completed professional training in accounting and finance, general management, human resource and strategic planning at the ACCA, BIMAP, Cornell University, York University, University of Toronto and Harvard University. He recently completed a special course on the strategic management of non-profit organisations at the Harvard Business School.

He is the author of numerous articles, monographs, technical reports and training manuals on a range of economics and management topics and has received several awards for his work including the UWI Vice Chancellor Award of Excellence in the combined areas of Teaching and Administration, Research and University and Public Service, the BES award for Excellence in Economics and the UWI Outstanding Academic Achievement and Leadership Award.

He is currently Commissioner with the Caribbean Competition Commission (CCC) and a Director of Profiles (Caribbean) Inc. He is a Fellow of the World Academy of Productivity Science (FWAPS).

JOHN BREWSTER is an English born, Barbadian by deccent. He returned to Barbados in 2016 to set up a 5 acre farming business and to assist with the care of elderly parents, now 91 and 87.

He studied Civil Engineering (BSc Hons) and Water Engineering (MSc) at Aston University in Birmingham and Strathclyde University in Scotland respectively. He also holds a Diplom in Management Studies (DMS) and a Prince 2 certificate in project management and has attended a varity of management, finance and governamnce training courses throughout his career.

During his working life in England Mr. Breswter has held severall senior management positions (Chief Executive and Director) in the housing, care and support and property development sectors. His notable appointment was being appointed as director of housing services and property management of a designated rea in England by the national government’s Minister of Housing, a position which he held for 5 years.

He believes that his skills, experience and knoledge in strategic and governance mangement can assist in the further development of the organisation. He has held several non-ec=xecutive board positions in England and these include, Chairperson of the Black and Minority ethniv housing associations in England and Board member of 30,000 home housing association in London.

Mr. Brewster is an avid arm chair politician and follws world wide political events and affairs closely. He loves sports and plays tennis and football. He plays the piano and loves listening to all forms of music. He has an excellent understanding of what excellent service should be for retired, elderly and disbaled persons, within their homes, in care and support homes and the wider community.

RONALD E. DAVIS has served as a BARP Director since 2019. He has been involved in the Financial Services Industry for over 40 years, both in Canada and Barbados and established and managed three financial institutions in Barbados: Mutual Finance, Mutual bank and Globe Finance Inc., during his career.

He has a vast array of skills in Corporate Governance, Organisational Development and Problem Solving, Systems Implementation and Project Management, Client Acquistion and Retention, Revenue Generation and New Product Design and Development.

Over the past 18 years Ron has been involved, on a personal level, in the acquisition, development and sale of many land development projects.

Ron is a Director on Several private sector company boards and as a member of the Rotary Club of Barbados is a Trustee of their Charity and board member of the Schoolhouse for Special Needs.

Ron and his wife, Suzanne, have been married for 40 years and have 3 children and 1 grandchild.

LOLITA APPLEWHAITE has served as BARP Director since 2019. Ms. Applewhaite has a wealth of experience in International Relations, Administration and Policy Formulation.

Before joining the CARICOM Secretariat where she held the post of Deputy Secretary-General from 2003 to 2013, she served in the Barbados Diplomatic Service for over twenty years, holding postings in North America and Europe before concluding as Ambassador Extraordinary and Plenipotentiary of Barbados to Venezuela and to Brazil in 1992.

Ms. Applewhaite has also served as Permanent Secretary in the Barbados Public Service over a period of seven years in Ministries responsible for the Environment, Tourism, International Transport, Education, Youth Affairs and Culture.

She acted as Secretary-General of the Caribbean Community (CARICOM) in 2011 and recently was Chief of Staff to the Commonwealth Secretary- General.

Ms. Applewhaite holds the Simon Bolivar Honour First Class, conferred by the government of Venezuela in 1992, and the Companion of Honour of Barbados (CHB) conferred in 2019.

Lolita Applewhaite holds a Masters in International Public Policy from the School of Advanced International Studies, The Johns Hopkins University, Washington, D.C., USA and a Bachelor’s Degree in Political Science, from the Institute of Political Studies of the University of Aix-Marseille, Aix-en-Provence, France.

KEITH H.L. TONY MARSHALL has had an illustirous career in banking with Barclays Bank where he served in Barbados, New York, Antigua, Belize and throughout the region where the bank was represented. He retired as Director of the Bank.

On retirement from the Bank, he continued to share his expertise, skills and knowledge in diverse ways too help improve the structure, culture and performance of service and sporting clubs as wella s private and public sector entities.

As an executive business leader, he served Barbados as Ambassador to the United Nations Senator in the Upper House and Chairman of the National Insurance Board. He also held positions on a number of Boards, service and sporting clubs such as Director of Trident Insurance Co. Ltd., Executive Director of the West Indies Cricket Board, Manager of the West Indies Cricket Team and many others.

One can remember his captivating sessions as moderator on a local radio call in programme, engaged in strong debates with regular callers on any subject matter including current affairs, history, politics and sports.

Mr. Marshall is a passionate advocate for the welfare of seniors and has been Director of BARP from 2014 and from January 2018 to present. He was Chairman of BARP’s Reverse Mortgages Committee.

Mr. Marshall would love the opportunity to continue to serve the members of BARP in the capacity of Director on the Board.

DENESE MORGAN remains one who has practiced Volunteerism for many years. With a guiding priciple of “if you believe in something be prepared to stand up and fight for it.”

She has enjoyed working with young people in the area of sports and personal development as a membe of United Athletic Club and Bristol Rangers Club. Having represented the island in the 80s in Netball and Basketball, Denese went on to serve as an Administrator in the Barbados Netball Association’s League Tournament up to the level of 2nd Vice President. Barbados Netball Association’s League Tournament Organiser, Chairperson of Selection and Local Organising Committee – Liasion Chair are among Denese’s more cherished stints.

Miss Morgan has always been a proponent of education and after completing a BSc in Management at the University of the West Indies Cave Hill Campus, she read for her Masters in Tourism and Sport Management at Graduate Studies. She continues to do online Leadership/development courses to keep herself in touch with changes in the environment.

Denese has followed other interests such as trade unionism and cooperatives to be ofered the opportunity to serve the community through events and programmes coordinated by working sub-committees and The Executive Committee at the Barbados Workers Union (BWU). She is currently a Members’ Representative at the Barbados Public Workers Cooperative Credit Union. The experience gained throughout 30 years at the Pine Hill Dairy and a long-time member of Sanctuary Empoerment Centre will stand Denese in good setad to assist in the creation of programmes and events to engage the members of BARP. 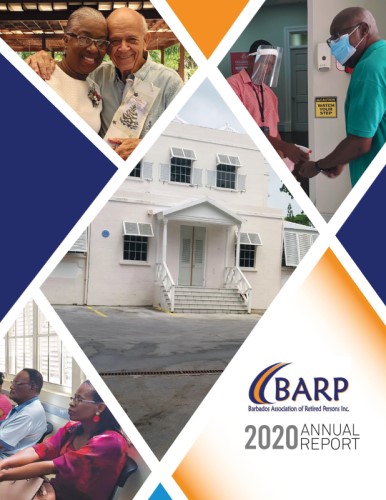 We're pleased to announce the 2019-2020 Annual Report is available for download. We apologize for the delay and for any inconvenience caused. 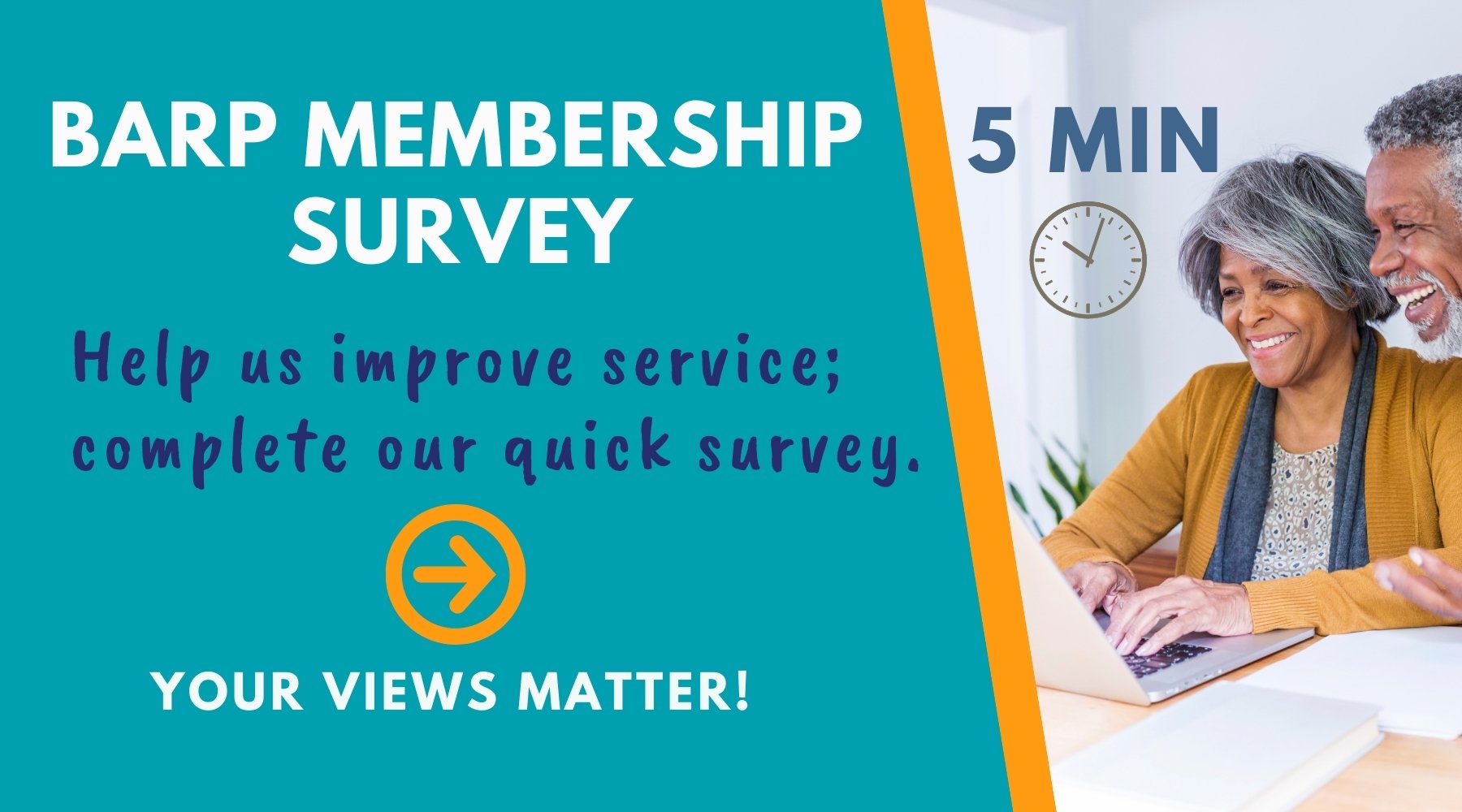 BARP is currently engaged in a strategic planning exercise as it seeks to improve its service to you, its members. To ensure that your views are taken into account and to provide a better understanding of its past and present membership, your completion of this survey would be deeply appreciated and your contributions will be taken into account in the upcoming Strategic Plan.

We estimate that it will take approximately 5 minutes to complete and we encourage you to answer each question as carefully as possible to ensure that the results will accurately reflect our membership and help to guide our future activities.