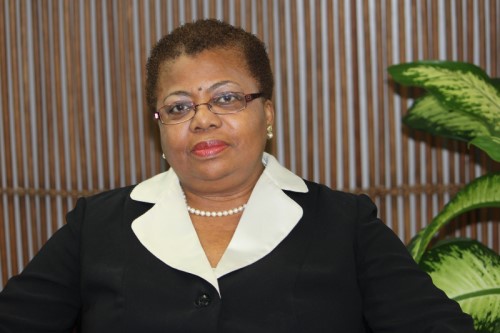 Former Deputy Secretary-General of CARICOM, Ambassador Lolita Applewhaite is among the awardees on the Barbados Independence Honours List. The list was released as Barbados celebrates its independence anniversary on Saturday.

Ambassador Applewhaite received the Companion of Honour for distinguished national achievement and merit. She was honoured for her outstanding contribution to public service in Barbados and to diplomacy and development through high-level representation in the region and the Commonwealth.

Lolita Janet Applewhaite was born in Barbados  and received her primary education at St. Luke's Girls' School and her secondary education at Queen's College.  Ms Applewhaite has a Bachelors degree in Political Science from the  Institut d'études Politiques of Aix-en-Provence, France, and a Masters in International Public Policy from the Paul H. Nitze School of Advanced International Studies, the Johns Hopkins  University, USA.

Ms  Applewhaite has a wealth of experience in International Relations, Diplomacy, Administration and Policy Formulation at the national and multilateral levels.  Before recently joining the Commonwealth Secretariat in London where she was  Chief of Staff to the Commonwealth Secretary-General for almost four years, she held the position of CARICOM Deputy Secretary-General for ten years during which period she also served as interim Secretary-General.  Prior to this,  Ms Applewhaite  served in the Barbados Foreign  Service for over twenty years, holding postings in North America and Europe before concluding as Barbados Ambassador  to Venezuela and to Brazil.

Ms Applewhaite also served in the Barbados Public Service  over a period of twelve  years as Permanent Secretary of  Ministries  with various portfolios such as  the Environment, Tourism, Industry, International Transport, Education, Youth Affairs and Culture.

Read 417 times
Tweet
Published in News
back to top