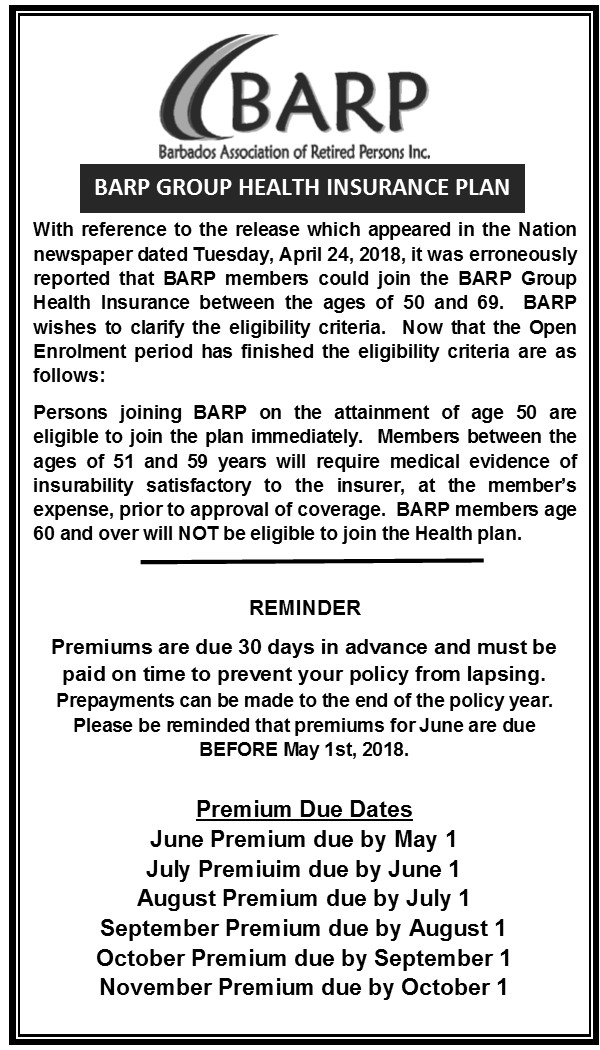 With reference to  the release which appeared in the Nation newspaper dated Tuesday, April 24, 2018, it was erroneously
reported that BARP members could join the BARP Group Health Insurance between the ages of 50 and 69.   BARP wishes to  clarify the eligibility criteria.   Now that the Open Enrolment period has finished the eligibility criteria are as follows:

Persons joining BARP on the attainment of age 50 are eligible to join the plan immediately.  Members between the ages of 51  and 59 years will require medical evidence of insurability satisfactory to the insurer, at the member’s expense, prior to approval of coverage.  BARP members age 60 and over will NOT be eligible to join the Health plan.