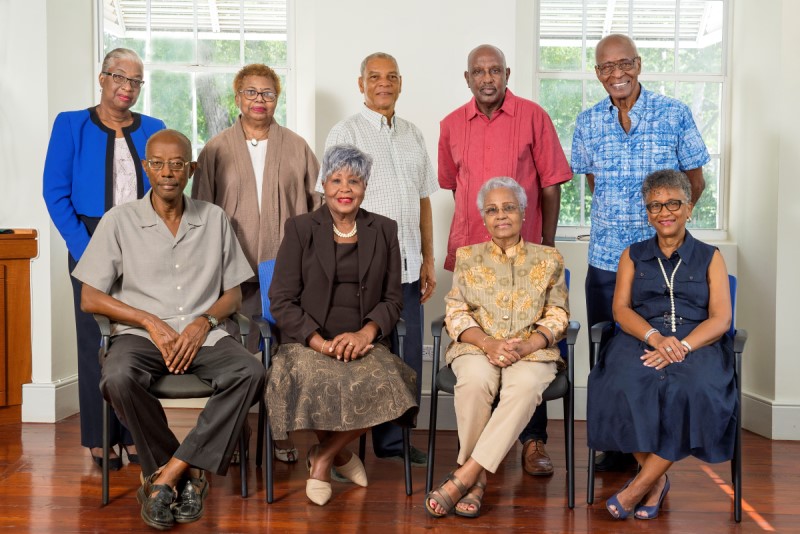 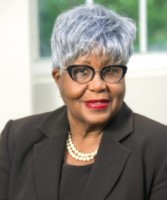 DAME BILLIE MILLER, DA, BCH, was elected Vice President of BARP in 2012, having previously been a Director since 2009. She is a former Deputy Prime Minister, Senior Minister and Minister of Foreign Affairs & Foreign Trade of Barbados. Dame Billie was educated at Queen's College, Barbados, and King's College, Durham University, and the Council of Legal Education, in England.

A Member of the Honourable Society of Gray’s Inn-of-Court, London, Dame Billie was called to the Bar of England and Wales in 1968 and to the Bar of Barbados in 1969, and for many years practised as a Barrister and Attorney-at-Law in Barbados. She was the first woman to sit in the Cabinet of Barbados and retired from elective politics in 2008 after 32 years of service. Dame Billie was re-elected as a Member of Parliament for the City of Bridgetown on seven occasions, and has held a wide range of ministerial portfolios She is a former Senator, Leader of Opposition Business, Leader of the House of Assembly, and Deputy Leader of the Opposition.

Dame Billie is currently Deputy Chairman of the Electoral and Boundaries Commission (Barbados), and a Board Member of the Shridath Ramphal Centre for International Trade, Policy and Services (Cave Hill, UWI), the Inter-American Dialogue (Washington, DC), and Women Deliver (New York). She is a past member of many prestigious organisations, both locally and internationally.

Her many distinguished awards include the Queen’s Silver Jubilee Medal (1977) the Barbados Centennial Award (2000), and Laureate for the United Nations Population Award (2008). The accolade of Dame of St Andrew (Barbados’ highest honour) was conferred on her in 2003 in recognition of her distinguished career and her outstanding contribution to Barbados, International Organisations and Politics. 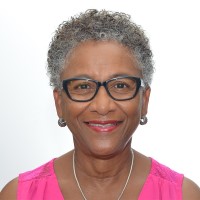 Past Vice President of the Barbados Hockey Federation; he represented Barbados in hockey and is a sports enthusiast in cricket, football and hockey.

Past Secretary and Treasurer of the Combermere School Old Scholars Association. 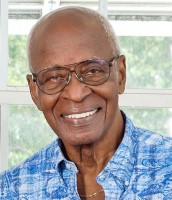 K H L “TONY” MARSHALL: Ambassador Marshall served as a BARP Director from 2014-2015 and from January 2018 to present. He is the former Chairman of BARP’s Reverse Mortgages Committee; a former Barbados Ambassador to the United Nations; a former Senator and Chairman of the National Insurance Board; and a former Director of Trident Insurance Co Ltd. Mr. Marshall is also a former Executive Director of the West Indies Cricket Board and a former Manager of the West Indies Cricket Team. He served as a Director of the local board of the 2007 Cricket World Cup and previously served as President of the Barbados Cricket Association, of which he is a Life Member. With a keen interest in community service, Mr. Marshall is a former President of the Barbados Jaycees; President of the Partners of America, Barbados Chapter; and a former Director of the Rotary Club of Antigua. He is also a former member of the Salvation Army Advisory Board, where he chaired its Capital Campaign Committee, which spearheaded the construction of a men’s hostel and feeding centre located in Bridgetown at a cost of over $3 million. Mr. Marshall is a retired Barbados Director of Barclays Bank. 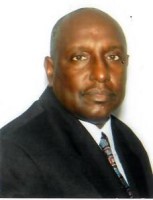 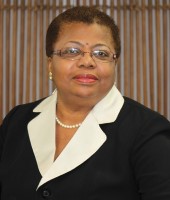 Lolita Janet Applewhaite was born in Barbados and received her primary education at St. Luke's Girls' School and her secondary education at Queen's College. Ms Applewhaite has a Bachelors degree in Political Science from the Institut d'études Politiques of Aix-en-Provence, France, and a Masters in International Public Policy from the Paul H. Nitze School of Advanced International Studies, the Johns Hopkins University, USA. Ms Applewhaite has a wealth of experience in International Relations, Diplomacy, Administration and Policy Formulation at the national and multilateral levels. Before recently joining the Commonwealth Secretariat in London where she was Chief of Staff to the Commonwealth Secretary-General for almost four years, she held the position of CARICOM Deputy Secretary-General for ten years during which period she also served as interim Secretary-General. Prior to this, Ms Applewhaite served in the Barbados Foreign Service for over twenty years, holding postings in North America and Europe before concluding as Barbados Ambassador to Venezuela and to Brazil. Ms Applewhaite also served in the Barbados Public Service over a period of twelve years as Permanent Secretary of Ministries with various portfolios such as the Environment, Tourism, Industry, International Transport, Education, Youth Affairs and Culture. Ms Applewhaite has represented Barbados at numerous meetings and conferences of various International Organisations.

He has completed professional training in accounting and finance, general management, human resource and strategic planning at the ACCA, BIMAP, Cornell University, York University, University of Toronto and Harvard University. He recently completed a special course on the strategic management of non-profit organisations at the Harvard Business School.

He is the author of numerous articles, monographs, technical reports and training manuals on a range of economics and management topics and has received several awards for his work including the UWI Vice Chancellor Award of Excellence in the combined areas of Teaching and Administration, Research and University and Public Service, the BES award for Excellence in Economics and the UWI Outstanding Academic Achievement and Leadership Award.

He is currently Commissioner with the Caribbean Competition Commission (CCC) and a Director of Profiles (Caribbean) Inc. He is a Fellow of the World Academy of Productivity Science (FWAPS).

Tweet
More in this category: About BARP »
back to top